Jets with the names Tobol and Amur has made a flights to the base airports Pashkovsky (Krasnodar) and Platov (Rostov-on-Don). Azimuth Airlines has increased its air fleet up to 15 aircraft. On the June 8, 2021, the fourteenth and fifteenth Sukhoi Superjet 100 aircrafts departed from Ramenskoye airfield to their base airports. The aircraft named after the Tobol river landed at Krasnodar International Airport at 19.40. This is the fourteenth plane of the Azimuth Airlines. These aircrafts are the first received by Azimuth Airlines in 2021 under an agreement with PSB Leasing Group. 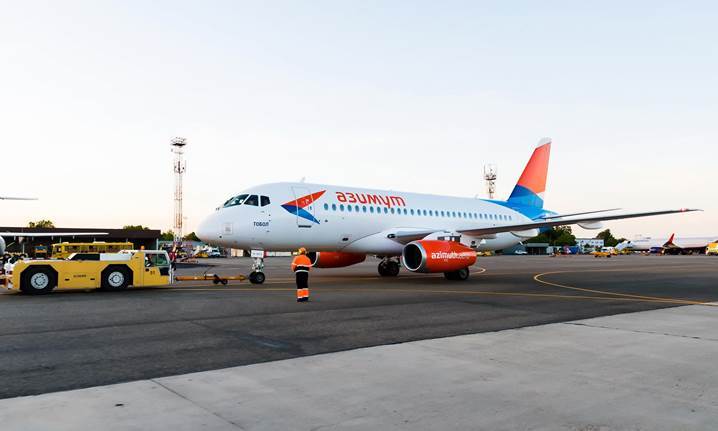 The aircraft arrived in the standard 100-seat layout. The fifteenth plane of the Azimuth Airlines is named after the Amur river. The aircraft landed at the International Airport of Platov (Rostov-on-Don) at 20.10. To have a flight on the new airliners will be possible in a few days: after a number of procedures the aircrafts will start operating flights according to the schedule.