The first passengers were traditionally awarded with certificates for a free flight. Azimuth Airlines continues to develop direct flights between the regions of Russia and announces the start of flights on the route Rostov-on-Don – Volgograd – Bryansk.

Tatyana Markova became the first passenger of the flight A4279 Rostov-on-Don – Bryansk. Sergey Maslenikov was the first to buy a ticket for the flight A4280 Bryansk - Volgograd. Eugeny Epishin received a certificate as the first passenger of the flight A4280 Bryansk – Rostov-on-Don. The first flight from Bryansk traditionally was met in Volgograd airport with a water arch. 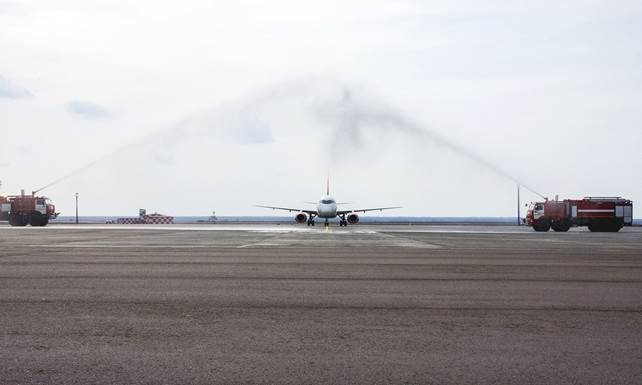 Flight A4279/280 is operating twice a week on Tuesdays and Saturdays according to the schedule:

Tickets, additional services and the schedule are available on the official website of Azimuth Airlines.